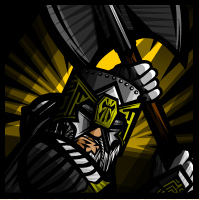 When the statistics for Illyriad’s troops were first created, Elgea was an empty place. No cities, no players – just an empty map, and the hope that in time many players would come to this new land and start building their empires.

So, when the statistics were created, the vision was for a world where people were building up their towns, and maybe vying with each other and skirmishing as they went. And you can see that from the way that the troops stats are balanced: the toughest units take time to unlock, and then make hefty demands on a town’s production capacity, but in the end a few super-units are the out-and-out favourites.

To understand why these super-units rule the battlefields of Elgea, it’s necessary to look past the apparent stats (movement, carrying capacity, defence against bows, defence against spears and so on), and look at two vital stats which are not actually listed. To many of Illyriad’s more analytical players this is no revelation – some people have built spreadsheets to calculate these numbers – but to more casual players these numbers may not be obvious, so let me explain….

Strength/gold is the power of your army, relative to the amount that you can afford to spend on their upkeep. During peacetime this is a vital number, as it defines the power that you can maintain without running a financial loss.

Strength/second determines the speed with which you can build up again if you suffer losses. In a protracted war or a tournament this is key, as it determines how fast you can bounce back, and determines your staying power in a war of attrition.

At the moment, the highest attack/gold and attack/second stats are both the human Knight – with 16.25 attack/gold and 0.0406 attack/second (unmodified by Barracks or Sov). Meanwhile the best defence/gold and defence/second stats are those of the Elven Trueshot. And this is why many players say that the humans and elves are the most powerful races in Illyriad, and why most human players build Knights and elves build Trueshots.

To be clear, there are other units that are worth building. When we introduced equipment we made sure that Elite dwarven infantry became fearsome (correctly equipped elite Stalwarts have the edge over well equipped Elite Knights, in terms of attack/upkeep). Basic cavalry – especially the elven Swiftsteed – are handy for getting to a fight fast. Orcs have the unit with the best defence against cavalry, their Guardsman. But the overwhelming choice for most players is to go with the weight-of-numbers favourites, the Knights and Trueshots.

In a game where most people haven’t yet got the researches or Barracks or resources to build these units, that is fine. But now that Illyriad is well established, for the most powerful players concerns over researches and resources are a thing of the past. They have the researches they need, and have set up their cities to pump out the resources that are required.

This is, if not actually a problem, not as interesting as it could be.

We’ve always said that people should be able to pick their own path in Illyriad. And it in’t so satisfying if this becomes, “well, you can pick your own path, but the only military path that really makes sense is to build Knights!”

So, the time has come to rework some of the units stats.

Now, we have not taken anything away from people – no unit is going to become weaker. And we haven’t changed any combat strengths, nor change the resources required to recruit troops. So, peoples’ build strategies will still work just fine.

We’ve reduced the build times for some of the weaker units. Knights, Trueshots, Marshals, Death Packs and their ilk will be unaffected, but many of the weaker units are faster to build… and in some cases they are much, much faster.

Of course Knights will still have the supreme attack/gold ratio. And Trueshots will still have the best defence/gold. But completely different units now have the best strengths per time. So, with a reduced build time dwarf Stalwarts now have a better attack/second ratio (0.0438) than Knights (0.0406), and the best unit for overall defence/second will now not be the fearsome Trueshot (0.0273) but the humble orc’s basic spearman (0.0291).

And because the changes are quite detailed, we’ve ensured that most of the units available to a player have a single overall advantage. 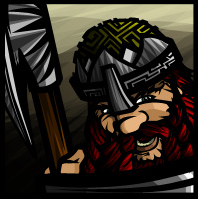 longer is the Trueshot the inevitable choice for maxed-out military Elves.

And the picture for other races is similar. Orc Fangs and Cohorts suddenly become attractive, dwarves don’t just benefit from faster swordsman production, and humans may start to be tempted by Men-at-Arms and even Archers.

These production speed changes will give a much broader range of options for all races, and should provide much greater strategic choice in a game where power now resides with fully formed cities.

These changes are now live.

1 thought on “Crunching the Numbers on Unit Strength”