A visit to these Elves is first perplexing, and then depressing.

They have no collective name. Other groupings in these lands have names, as most sensible people will – the Kartur-Hhakrall, the New Light, and so on – but not here. If one asks ho they are, they simply say “We weep.”

Common courtesy is similarly confounded. In most lands I might say “How are you?” and receive the polite, meaningless response “Fine, thank you.” But not here. Here the polite response is to pause, smile knowingly, nod, and reply, “I weep.”

Their public events, too, are infected with this mawkishness. Other peoples might have parades, or carnivals, or feasts, or present plays or rituals. But here they simply get together to be quietly miserable. For an really important ceremony, I’m told, the most admired of their holy men and women will get together and sob silently for days on end.

At first this is just bizarre. But after a while it gets to you. To spend all day surrounded by joyless, somber Elves, who stalk about with their eyes cast down, never laughing, to walk streets where even children do not play or laugh, where long flute solos or vocal laments drift through the air from each dour tavern, this is just depressing. I truly wish that I would hear at least one song that is not about the horror of the Sundering or the futility of life or our alienation from the divine.

Clearly I am not the only one who is affected by this maudlin atmosphere. I found a human trader, who has lived here for seven years, and he has certainly suffered for it. I asked him, hoping for some glimmer of cheer, how he has found his time here. 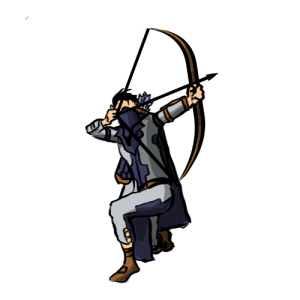 “I lost my love of life in the first year,” he told me, sounding as miserable as anyone I’ve ever spoken to. “Then I stopped seeing any purpose in work, and because I stopped bothering I lost my business in the third year. Then I spent two years living on the street as a beggar. But now, well, now I understand.”

Today I became so exasperated that I almost shouted at one local, “But the Sundering was five hundred years ago!” She just looked at me with pity, as one might look at an idiot child, and said softly, “no, it is every day.”