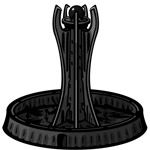 As we continue working on the Broken Lands expansion for Illyriad, it has been really nice to take some time out to look at all the names suggested by Illy’s players for the dark tower of evil at the heart of the Broken Lands.

And after much deliberation…

Sorry, guys. Much as I chuckled to see the relentless march of orc humour on the forum, how ever many times you suggest it, we can’t oblige you. Ultimately, this is going to be the brooding heart of evil for a continent where people will be playing for years, so we have to go with a name that really works in that context. The name has to say something about the world, what has happened historically and what may now happen in play, and it has to resonate with players who may not be familiar with the current Horde’s particular sense of humour.

Likewise, we had to drop a lot of other names that we immediately responded to, emotionally. Sparky Sparky Doom Doom Tower genuinely made me laugh out loud, but sadly we can’t go with that. Likewise, Durcamroth was one of several moving tributes to past players, but we have to go with something that fits the context first and foremost.

Some other suggestions were dropped for a more prosaic reason – language. Anything that (as far as we can tell) translates directly and inappropriately into another language, had to be dropped. This was a shame, as we lost some names that sound really nice to an English-speaker, but we have players here from all around the world and we didn’t really want anyone to be contending in-game with a dark tower of menace that, to them, was named “Grandmother’s Hip” (yes, seriously), or “Dumpster Baby” (or maybe “Dumpster, Baby!”)

This still left us with lots and lots of very cool names to choose from, and I applaud the creativity of our players! Darkhaven Spire, Moonholme, The Sunderspire, Fel-Flame Tower, Kangax Drugis, Spire of Bleak Beginnings, Blacksilver Keep, Doegun… the list of cool names just went on and on. 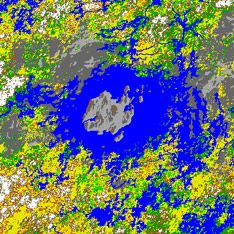 But in the end we decided to go with something that spoke not only of past catastrophe (as the Bleak, Tarnished, and Sundered suggestions did), nor of betrayed hope, but also something which looked to the future – something which hinted at further horrors that might be unleashed on the world – and, of course, on our players!

Even here we had several excellent options to choose from. But in the end, one stood out. Just four letters, full of dark menace, heavy with promise of some future evil – genius in its conciseness: Omen.