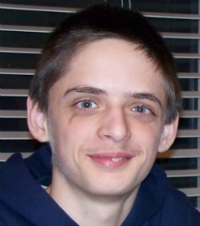 This month’s player spotlight is none other than Kodabear, possibly the most popular Illy player EVAH. We received more nominations for him than any other candidate — even breaking Mohit’s record! What accounts for that? We’re not enitirely sure, but it’s possible that his magic bear stories (and general chat magic spells) are the key; they are free-flowing journeys that feel silly, deep, enchanting and — of course — magical all at once. He’s also generous and funny. We dare you to look at his profile and not laugh your butt off. So, to the interview!

Who are you and how long have you played Illy for?

I’m Kodabear, the LORD of the Magic Bears. I have been playing Illy for a little more than a year. I first found the game when I was on the Wii U looking for a game that was just HTML5 and I found a website that has a list of web HTML5 games. Illyriad was number 1 on the list. I started playing for a few hours and then quit, and then a few days later I came back and never stopped playing.

Tell us about the race of Magic Bears. When did they start and why are they here?

Magic Bears are the oldest thing in the universe and the most powerful. Magic Bears love to mess with life forms. Magic Bears can only be killed by an Evilbear or by one of the top ranked Magic Bears (high-kings Magic Bears or the LORD of the Magic Bears). Magic Bears started because I was bored one day and I was always giving people food so I thought of casting spells for food. Right now Magic Bears are just watching the people in Illy and seeing if they should invade or not. 😀

Some players seem to think that Illy is a chat room with a game attached. Others believe it is a non-stop game of war. What do you think?

To me, Illy is more of a social game. I’m always talking and helping newbies in my alliance or newcomers to the game. As I’m in T?, a training alliance, we don’t do the war stuff. We are here to help the newbies and to teach them how to play.

When was the last major battle you were involved in?

The last major battle I was in was during the tournament. I lost 6,435 units and killed only 3,787 units.

If you could add one thing to the game, what would it be?

I would love to see some Magic Bear NPCs! But really I would like to add more quests. I loved doing the quests when I was a little bear. They could be faction quests or quests for higher pop. cities.

If you could take one thing away from the game, what would it be?

I can’t thing of anything that I would take away from this game. Yes, things could be better, and it’s nice to see the devs working on that.

What inspires you to log in as often as you do?

The people inspire me to get on as much as I do. I love talking in GC and I love how people play along with my Magic Bear stuff. The game is great, its fun and it takes time, not just something you can do in like an hour. I love my alliance. They are great people and I meet newbies almost every day and it is always hard when they graduate.

Thanks again to Koda for sending in his answers! If you have someone you’d like to see in the Player Spotlight, be sure to send the nominations (along with why they should be nominated) to community@illyriad.co.uk!