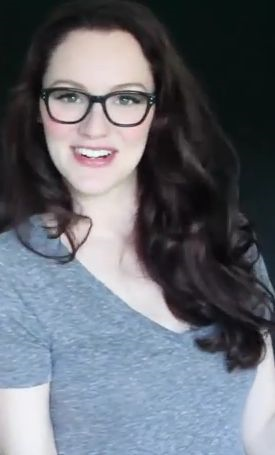 What is Coin? It’s your alliance ticker, so what does the alliance stand for?

War is easy to start but peace is hard to maintain. Coin is a peaceful alliance with the intent to help others as well as give players a place to call home in this game. At the most basic level, Coin is a trading alliance which supports T-O and eventually the Dsd as well. It is also essentially a home for tinkerers, thinkers, leaders, and players who want to be their unique selves as well as be a team player.

Hiei and I have been planning this alliance for quite some time now, we wish to give players an interactive personalized way to learn the game mechanics and keep it interesting as we go through team-building simulated situations in which players both new and old can partake in. This alliance is all about helping one another, helping out the game’s community but while keeping a creative edge to how we go about doing so, so it will remain fun.

What would you like to add to the game if you have magical dev powers and unlimited funding?

An alliance bank for items, not just gold. Factions hubs are alright for this to a degree but if we had the option to give ____ player(s) power to view what the alliance had, put items in, take them out, etc it was would be safer for the alliance as a whole instead of designating one player to act as an alliance hub or have it all scattered between a lot of players and crafters. Maybe even going a step further and let the alliance have their own faction hub where they can buy and sell to one another without other alliances seeing their inner-alliance prices would be great and fun to see which alliance could build a stronger inner-alliance economy.

Name a time in Illy when you did something you regretted.

I try to play the game in a way where I never really regret my actions, but instead accept the outcome be it good or bad since this is first and foremost a game that is meant to be fun. If I really had to choose a time I felt regret, it would be the times when I recently decided I wanted to change up all 10 cities, exodus each, rebuild them into better balanced cities… it’s sad to see my population go down as much as it has. I only have a few in their new locations as of yet, but at the same time it’s a game so what the heck… I can rebuild it back up to where I was or even surpass that and get an 11th on that day so will be fun.

Do you have an in-game nemesis? (I don’t mean someone who you actually dislike in RL. Maybe a competitor for trade or something? )

Hiei 100%! It’s a love-hate kinda thing in game and out of game. We choose to be partners in this game; meaning we stick together through thick and thin, work together no matter how much of polar opposites we really are and try to out do one another with the best/craziest/most creative ideas we can think of to try out in game. We keep it fun and help out our new alliance and alliance members with growth.

That doesn’t mean we work in harmony all the time, we bicker like an old couple, are rivals in being the best leaders we can be and will nitpick each other’s playstyle and choices when we have slow days or want to play around. I believe — as messed up as all this may sound — that type of relationship in game actually makes us stronger and more balanced as a team since my weaknesses are his strengths and his weaknesses are my strengths. It sounds cliche but it’s fun and it also allows me to nag him and be my mother-hen self and anyone who knows me knows that’s my specialty and I wouldn’t have it any other way.

What advice would you give to a new player that is not normally something that newbies hear?

This in my opinion: it’s a sandbox game. That means you can go down any path you can think of in-game — that the game mechanics allow and isn’t “wrong” — even though some people will try to force you to believe it is. So the only way you can really know how to build your city is to make mistakes yourself and learn what you like, learn what you don’t, and customize it to match your unique amazing self!

Long story short, please don’t always blindly follow the social norms of the game thinking that’s the best way to be a part of the community, any good sandbox needs tinkers, thinkers and leaders so be creative, random, thinking outside the box to see if it will work. Just have fun with it!

How long do you think it took to become “skilled” at Illyriad?

Who said I was “skilled” in it now? Heck, I would love to think I am skilled at the game but I’m not sure there is a way to truly know if you are or aren’t since this, in my opinion, is a sandbox meaning there is no wrong way, just different styles. It took me a good few months to get down the game mechanics at a basic level then a year or so to get a way in which I felt was best for my personality.

As the game becomes more developed there are more things to take into account or learn about so I think I am always learning and growing as a player. I have “skills” in some categories of the game but not all of them… maybe one day though! Until then I will always happily accept other people giving me their opinion on good tips or strategies for the game.

Thanks to Ravana for being such a creative player! Congrats!